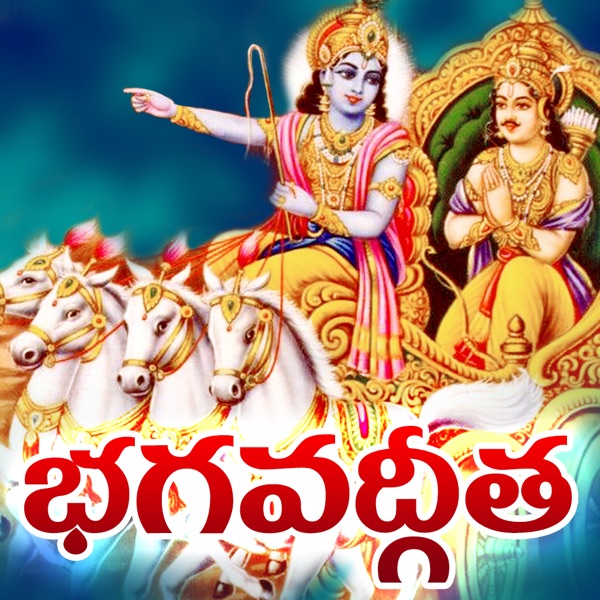 Bhagavad Gita is one of the Holy book of Hinduism.

Bhagavath Geetha was originally part of the great Indian Holy book Mahabharata. The Bhagavad Gita, or The Geetha as it is popularly known, is a part of the epic Mahabharatam. The epic describes the war between the Pandavas and the Kauravas on the battlefield of Kuru-kshetra.

Bhagavath gita is the discourse given by Krishna to Arjuna just before the war is about to begin. Krishna is identified as God. His words contain the essence of Vedic wisdom, the keystone of Hinduism.

Bhagavad-Gita consists of 18 chapters with 700 slokas. Each Chapter is called a yoga. Yoga is the science of the individual consciousness attaining communion with Ultimate consciousness. So each chapter is a highly specialised yoga revealing path of attaining realisation of the Ultimate Truth.

Eighteen Chapters of Bhagavad Geeta are :-

Bhagavad-gita was injected into the Mahabharata, an action-packed narrative of an important era in ancient Indian politics.Sri Krishna speaks for the benefit of all souls who have forgotten their eternal nature, the ultimate goal of existence, and their eternal relationship with Him. 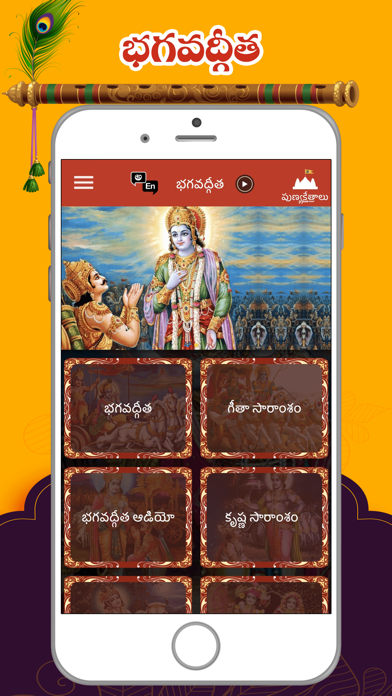 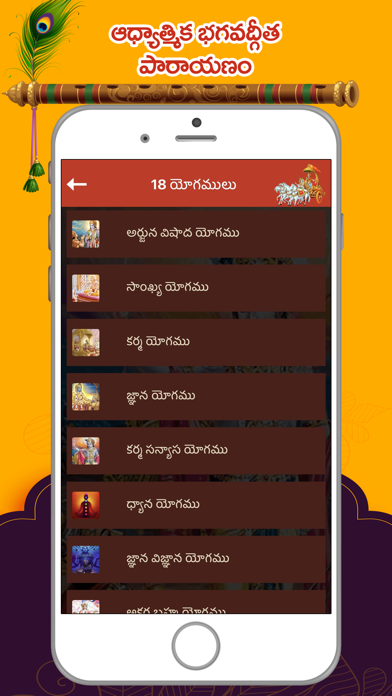 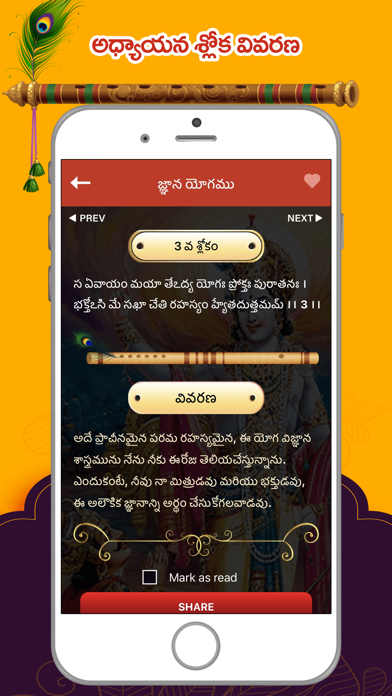 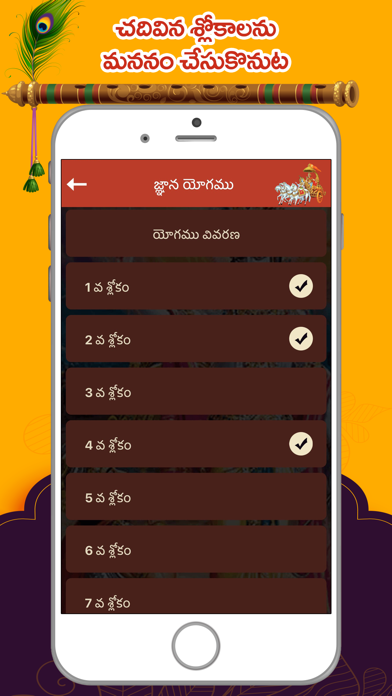 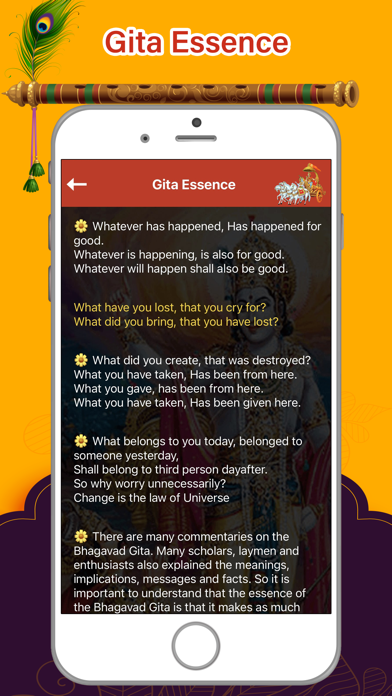 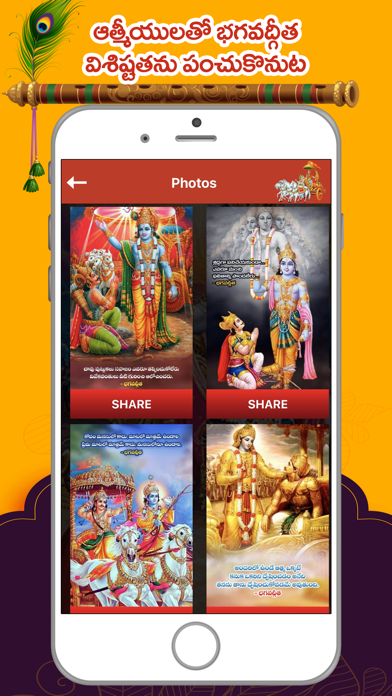 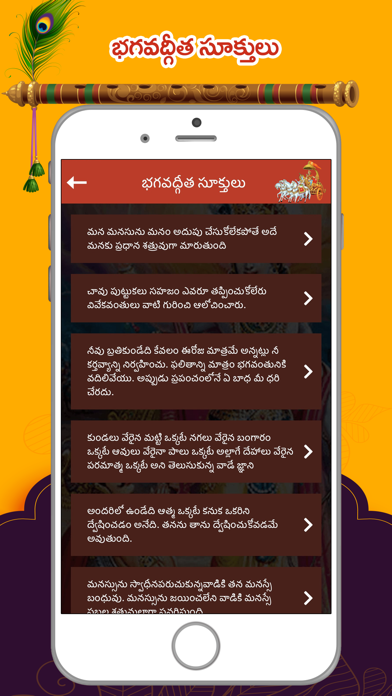 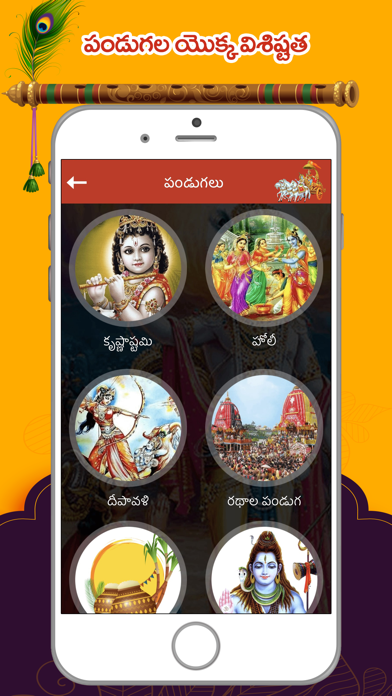 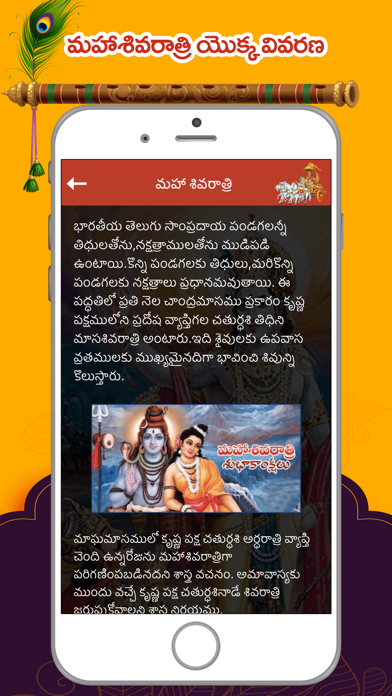 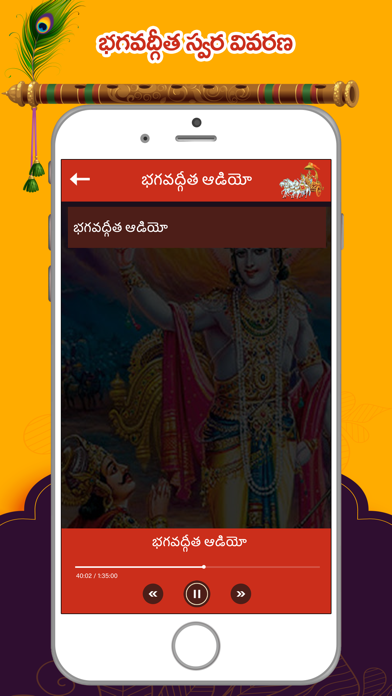